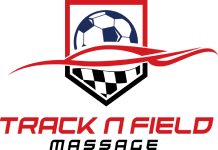 In His Own Words Part 1… 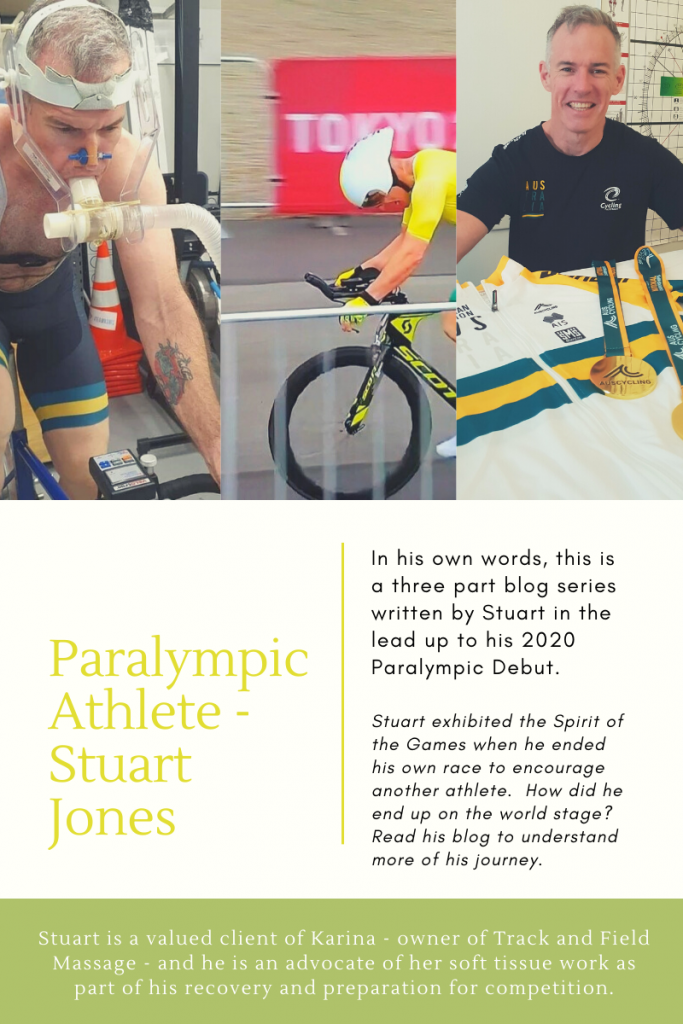 I have never seen my self as being such. My reply is always…I have been given a life hit and I am simply trying to deal with it the best way I can.

This is my story.

In my late forties I was living in the Hunter Valley region. In 2012, I commenced commuting to work on a daily basis by riding a pushbike. Door to door my commute was 45 kilometres each way along the New England Highway. I can tell you that when I first started riding to work, I wondered how I could ever manage to do the return journey home. Initially I caught the train home and just riding the 2 kilometres from the train station to home hurt so bad I wondered how I could do 45.

I can’t remember how long it took before I did so, but eventually I took the plunge and rode home one afternoon. The joyous or maybe not so joyous part of the commute home was that at roughly 5 kilometres from home I had a hill to contend with. In comparison to some hills out there, it is just a blip of a hill but when middle aged and not overly fit, it feels like a mountain when peddling up it. Especially in those first few weeks riding home I wondered how I was going to get up it.

In that first year of doing the pushbike commute to work I rode roughly 12,500 kilometres.

In my second year of riding, I got a little more serious and added 5 kilometres to the commute so I would achieve an even 50 kilometres each way. Looking back, it seems silly and pointless that I added these extra kilometres to the commute but at the time I know I felt the need to. I rode regardless of what the weather was like. I rode in 40 degree (Celsius) heat, against 30 plus kilometre winds and in pouring rain and thunderstorms. I even had the pleasure of being caught in a brief hailstorm one afternoon.

One of the funnier moments experienced in my commuting life was in the middle of winter. I had left home when, as usual, it was pitch black and I was just a few kilometres into my journey when I saw a van pulled over up ahead of me. I was always mindful of vehicles pulled over so as to avoid being what is called “doored” – having a car door open just in front of you as you ride along. As I got closer to the van a gentleman got out of the van and signalled for me to stop. He told me that he saw me riding every day and thought that I must have lost my licence and then offered me a lift in his van. We had a little laugh as I told him that even though I appreciated the offer, I was fine, and rode so that I could enjoy a wine or two. At this he patted his rather large belly and said maybe he should take up riding, we both laughed, and I continued with my morning commute.

The saddest and scariest part about my commuting was the danger posed by cars and trucks, and especially those vehicles that had P plates attached to them. I had everything thrown at me, from verbal abuse to three quarter full Gatorade bottles. It got so bad that I attached GoPro cameras to my bike and helmet to capture the abuse. I knew that they wouldn’t stop a car from hitting me, or someone throwing stuff at me, but that in the worst case that I never made it home, they may just provide a record of what had happened to me.

One afternoon riding home I went headfirst into a semi-trailer truck. All I remember is seeing a truck turn across my front from the right, the back of my bike lifting up from me pressing my brakes, obviously hard and then coming to on the ground in a foetal position with someone standing over me. Luckily for me I had gone headfirst into the rubber of one of the trucks tyres and not under or between them. Pictures taken at the time clearly showed the mark on the tyre where my helmet hit. I was taken to hospital but amazingly I had nothing wrong with me, not a single broken bone or even gravel rash. I rode to work the next morning.

Riding was like a drug to me at the time. Any day that I did go by car I would spend the whole day hating myself for doing so.

That second year, I achieved close to 17,500 commuting kilometres.

My focus towards commuting started to change however in October 2013 when I got into the local club racing scene in Newcastle. I found the thrill of racing and competing against others invigorating. I started off in the lower grades of racing, but due to my fitness from commuting, I found that I was doing well and started going up grades. I was having so much fun racing that I decided that in 2014 I would cut my commuting back to three days a week and focus more on the weekend racing.

That decision would change my life in ways that I could have never envisaged.

(Note from Karina Santolin @ Track n Field – the next part of this blog written by Stuart Jones will be published soon). 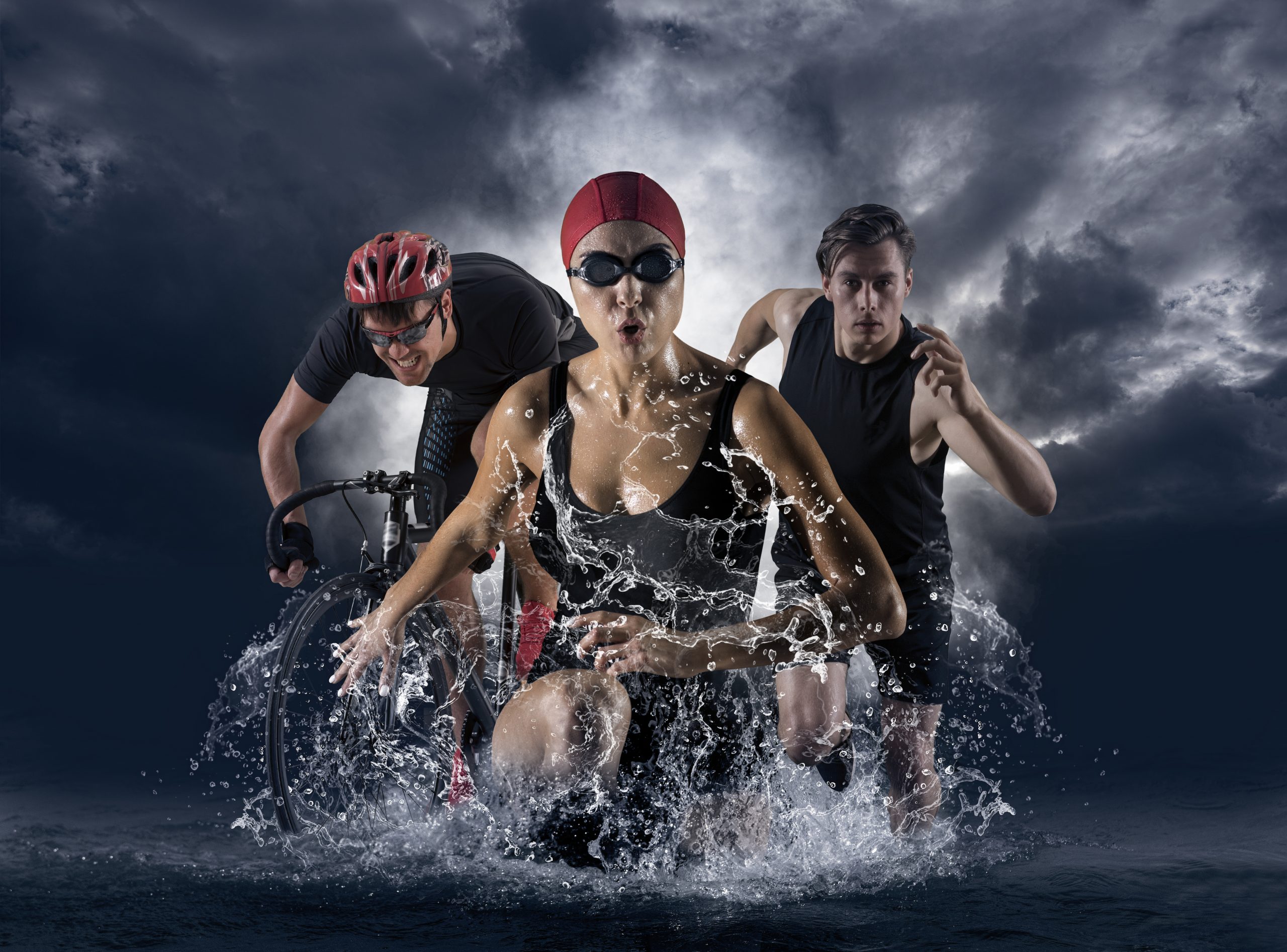 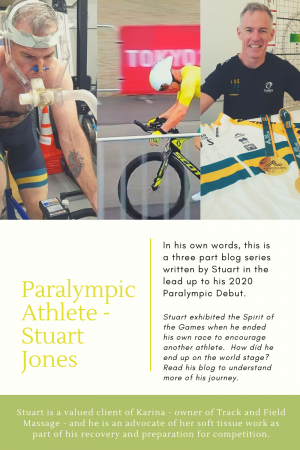 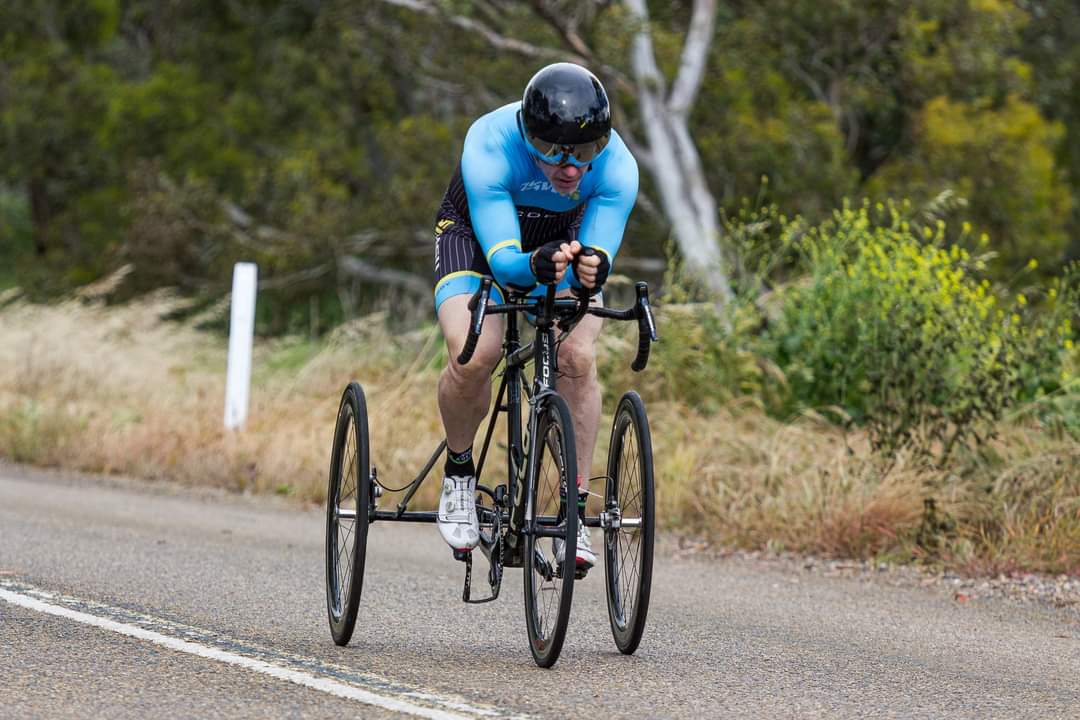